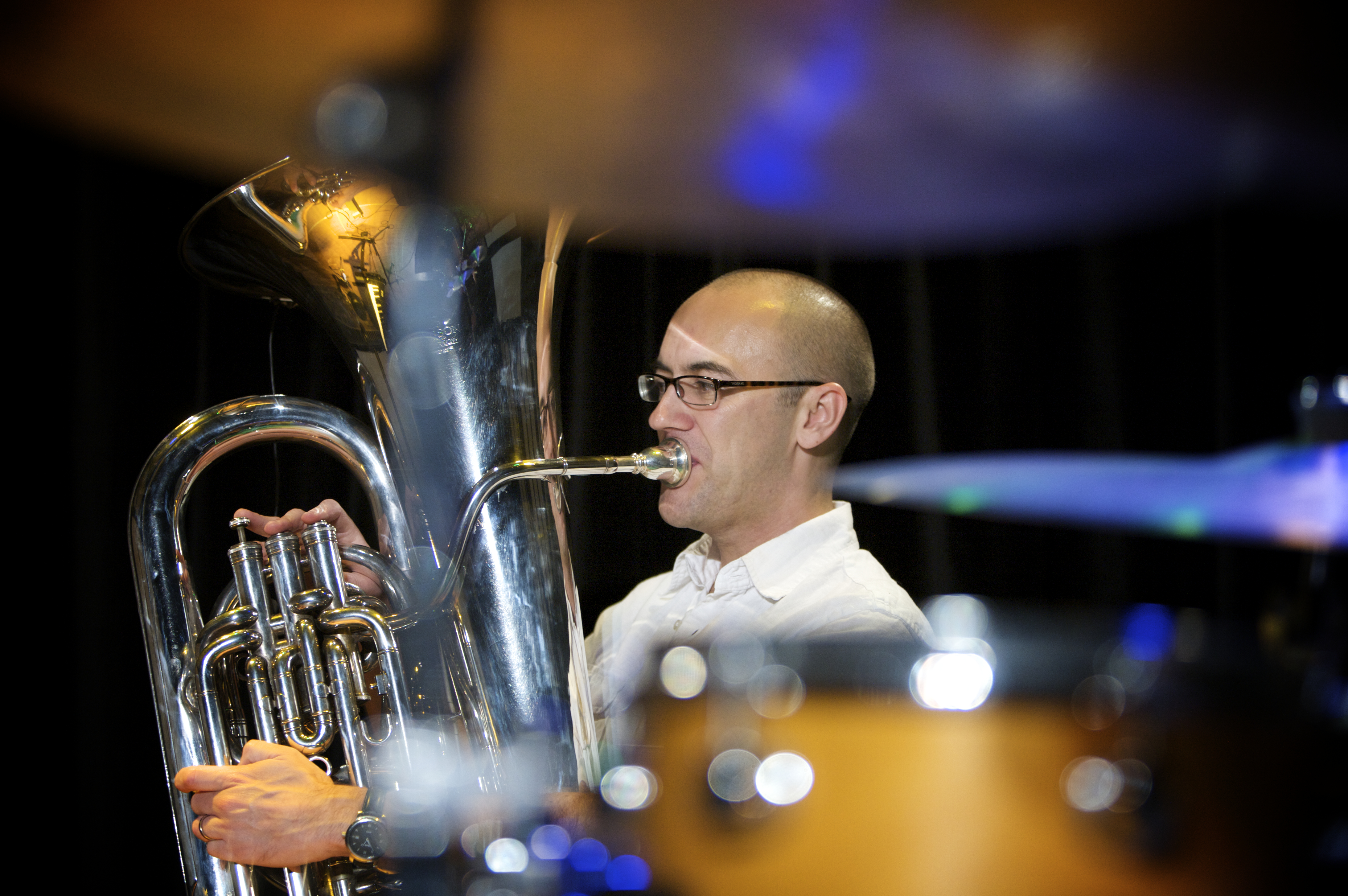 Richard first started playing the tuba at the age of 12, having been inspired by a recording of Jabba the Hut from the Return of the Jedi soundtrack. After winning a bursary from Surrey County Council he studied at the Junior Department of the Guildhall School of Music with Oren Marshall and Graham Sibley. Richard went on to study music at City University, and tuba at the Guildhall School of music with Jim Anderson, where he gained a first class honours degree.

Richard’s diverse musical education has led him to develop interests in many areas of music, such as jazz, free improvisation, and ‘world music’ as well as the kinds of music more usually associated with tuba playing. As a result of this Richard has performed with a wide variety of different artists and ensembles including Snarky Puppy, London Sinfonietta, The Brasshoppers, the Philharmonia, Ben Castle’s The Tombola Theory, English National Opera, Stacey Kent, Brassroots, folk singer June Tabor, Eska, drumming legend Billy Cobham and the London Jazz Orchestra, Paul Whiteman Orchestra, and Paul Rutherford’s Iskastra.

Richard currently works as a freelance tuba player in the London area and regularly plays with jazz group Kairos Ensemble and The Brasshoppers.

He taught brass for Surrey County Arts for nine years and tuba at The University of Surrey.

Richard has written and arranged a number of works for brass including ‘Tuba Tooter’ a tutor book for beginner Eb tuba players, ‘Brace Yourself for Brass’ a collection of pieces for players with braces and numerous arrangements for brass quintet which are published by Foxy Dots Music.